We’ve been busy installing at Shrewsbury Flax Mill, putting in place five different interactive exhibits, bringing together interpretations of the Mill’s role in the industrial revolution and the pioneers who made it happen, including:

An introductory projection sets the scene, giving visitors a taste of what is to come on their visit. An animated film follows the 200 year history of the building and those who worked there. 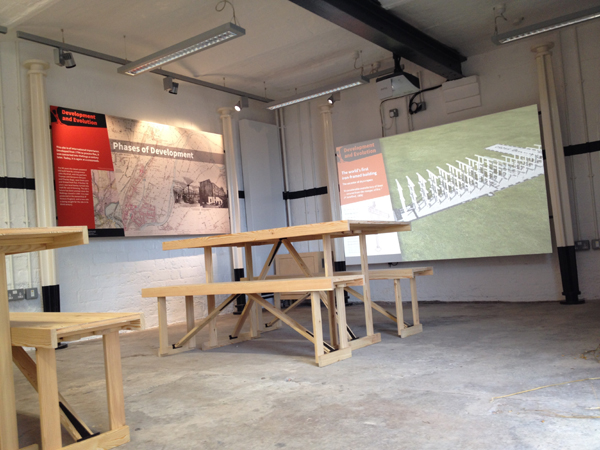 Audio is used to provide an ambient soundscape and oral history interactives give voice to the people who worked in the building as a flax mill and later as a maltings. 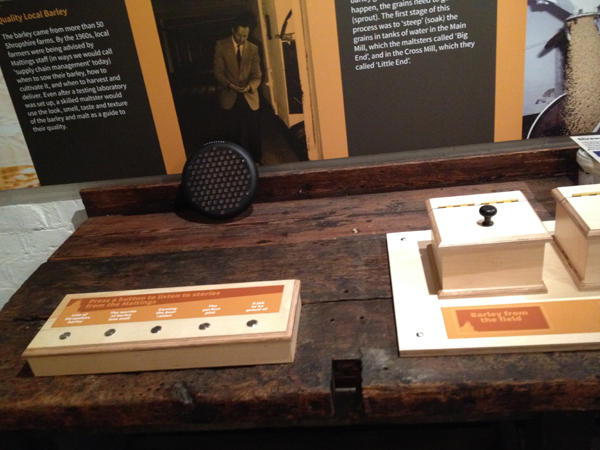 A touchscreen interactive is an important exhibit to give access to a site which is not easily accessible to everyone in person. 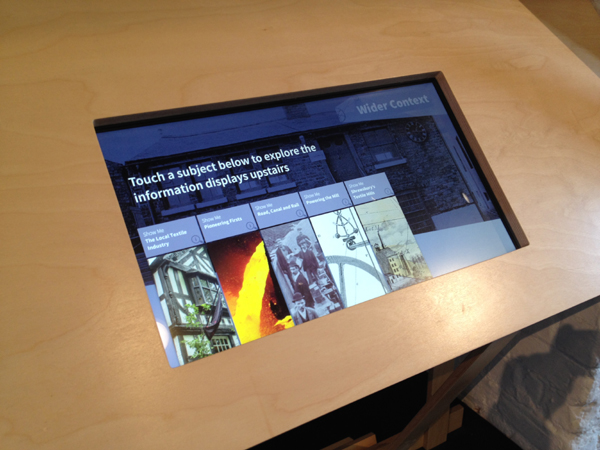 The official opening took place on 24th November 2015 with a ceremonial “cutting of the flax” by Duncan Wilson OBE, Chief Executive of Historic England, the Mayor and Mayoress of Shrewsbury, and Councillor Alan Mosley from Friends of the Flaxmill.

Previous Two awards for Heritage Quay
Next Turnkey solutions for your exhibits
We use cookies to ensure that we give you the best experience on our website. If you continue to use this site we will assume that you are happy with it.That's fine