The First Battle of St Albans

Interactive audiovisual exhibit
Design, script and storyboard development
3D modelling, CGI animation and soundscape
Hardware systems specification
On-site installation
The new St Albans Museum + Gallery transforms the old Georgian Grade ll* listed Town Hall building into a major centre for arts and culture. We’re delighted to have played a role in this prestigious £7.75m project, funded by the NLHF, St Albans City and District Council and the local community, to help create the new permanent exhibition “The City that went up the Hill”.
Being one of only two permanent audiovisuals in the museum and one of the first things visitors encounter, the exhibit had to pack a punch. Working with the client team Wide Sky created an audiovisual designed to: 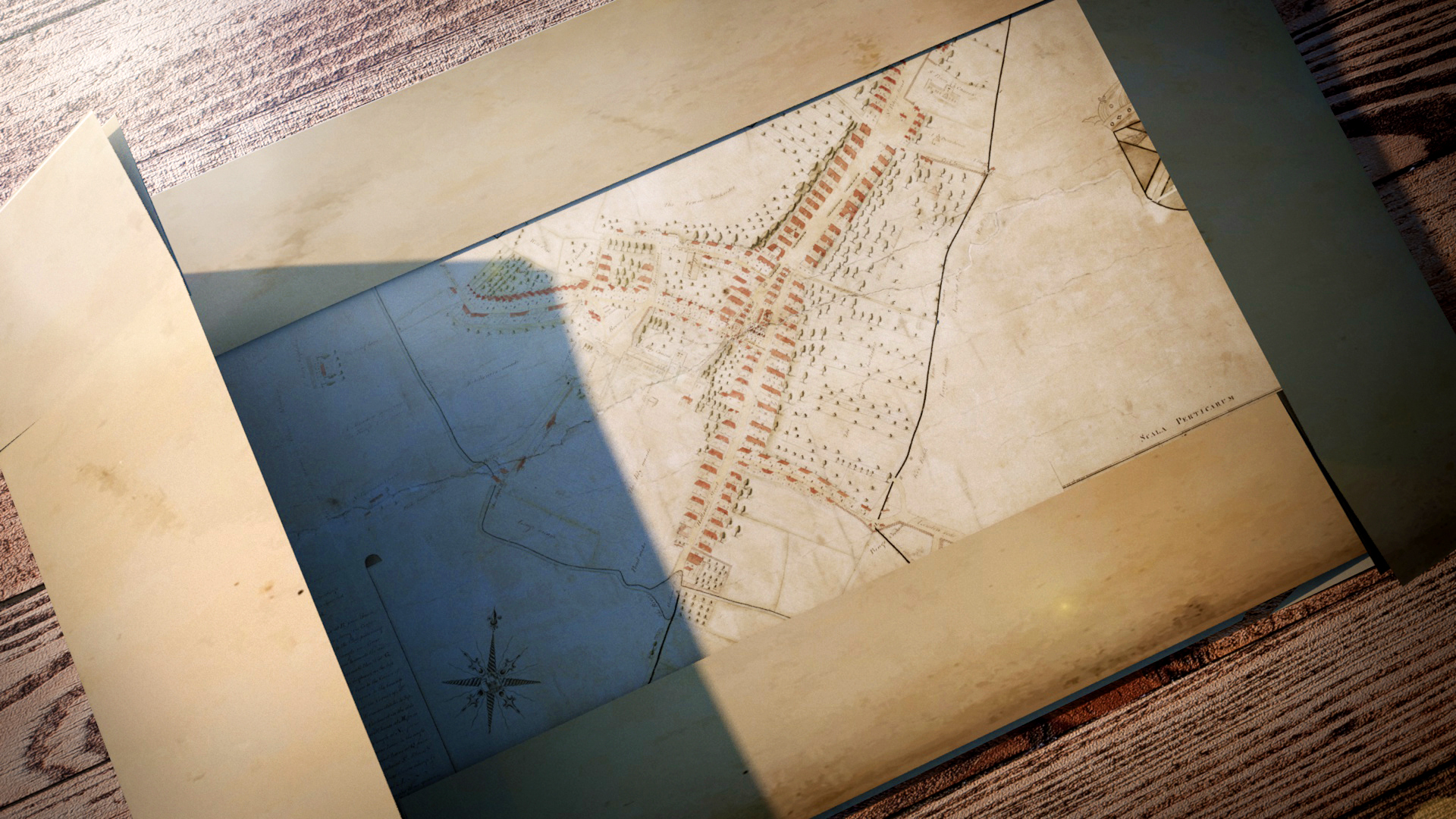 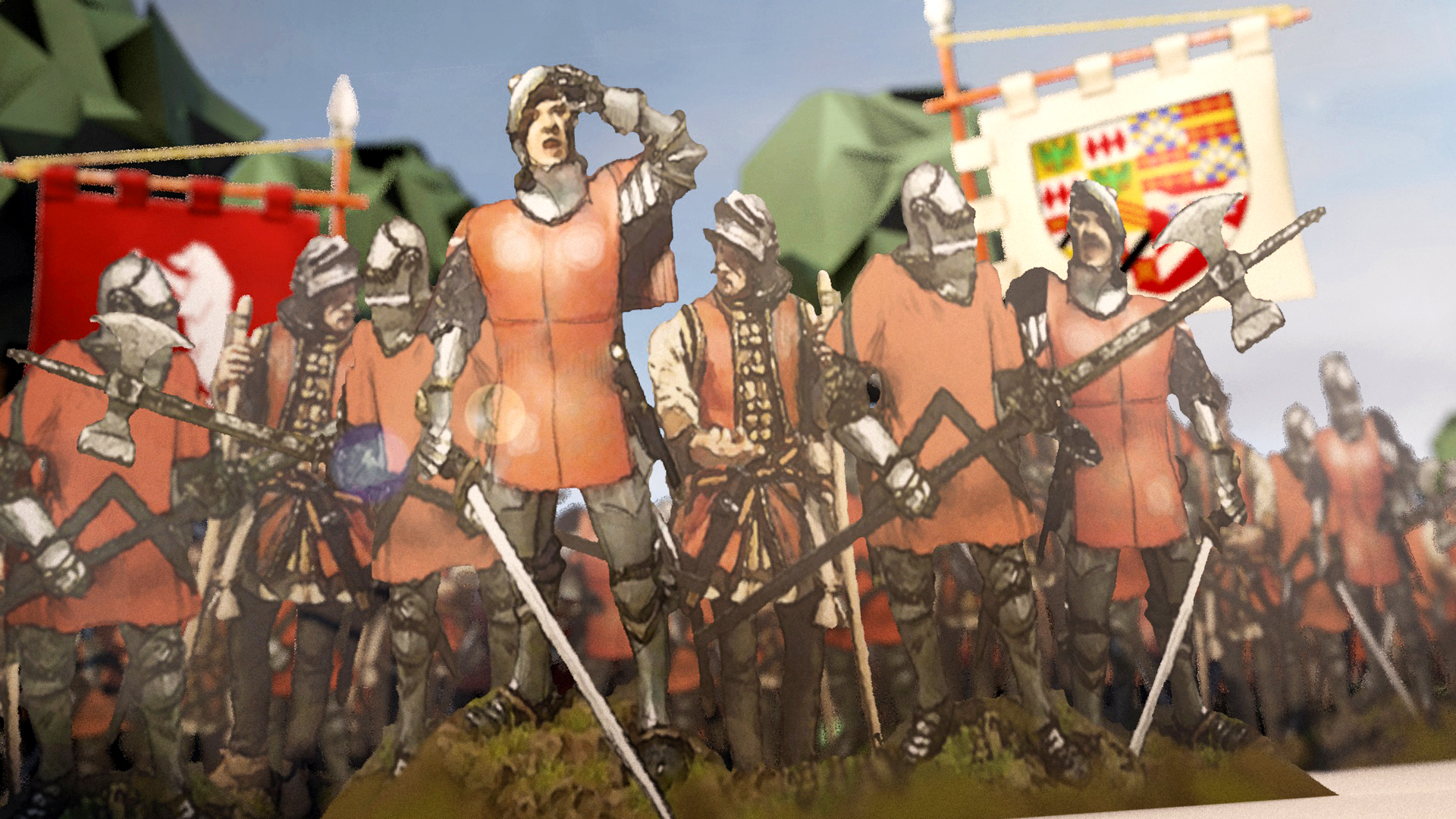 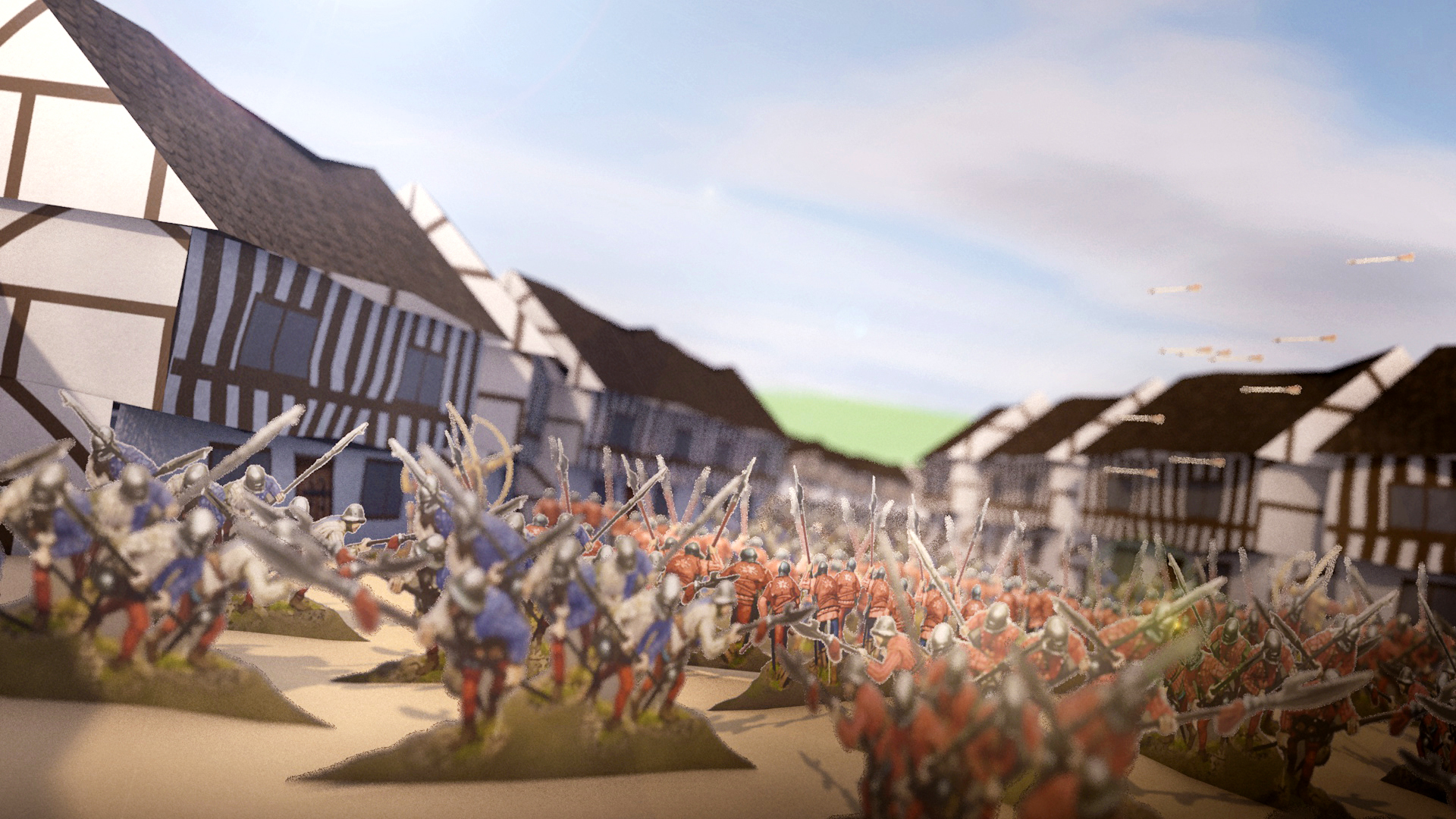 Recreating the Wars of the Roses

With only an original map dating from the time of the battle in 1455 and written descriptions from the period as source material we worked closely with subject matter experts to piece together the story and bring it to life.
Events literally unfold from the map – the protagonists are introduced and the battle lines drawn; paper ‘cut-outs’ form into the buildings, streets and scenery of St Albans, creating a three-dimensional setting for the battle; soldiers break ranks from the paper, rising up and swarming through the city to recreate the battle between the troops of Richard, Duke of York and Henry VI – a thirty minute battle condensed into just five.
Because of its busy location, the audiovisual could not rely on audio to be understood. We carefully selected music to bring the period to life, crafted an evocative soundscape to build the chaotic atmosphere of the battle, then overlaid an animated text narrative to ensure key aspects of the conflict were communicated.
Created for a family audience, the exhibit provides a fascinating window onto this historic start to the Wars of the Roses and encourages visitors to venture out to the site of the battle – to explore the very streets that surround the modern-day St Albans Museum + Gallery.

“We had a once-in-a-lifetime opportunity to transform this jewel-in-the-crown for those who live, visit and work in St Albans by creating a central focal point for culture. We are a relatively small city, but we pack a huge historical punch – and we can now show our heritage off to the world.”
Cllr Annie Brewster, (Mayor of St Albans at the start of the project)

Previous Gloucester Cathdral
Next Marwell Tropical House
We use cookies to ensure that we give you the best experience on our website. If you continue to use this site we will assume that you are happy with it.That's fine