The Modern British Childhood exhibition explored how childhood has transformed in Britain during the period between the London Olympic Games of 1948 and 2012.

Covering 64 years, this exhibition looked at issues surrounding education, health, family, entertainment, fashion and play. The exhibition gathered together objects from a pair of 1950s children’s NHS prescription glasses to the 2005 Teddyfone for under the 5s. Whether exceptional or everyday, these items marked the changes that have occurred in children’s lives during that time. 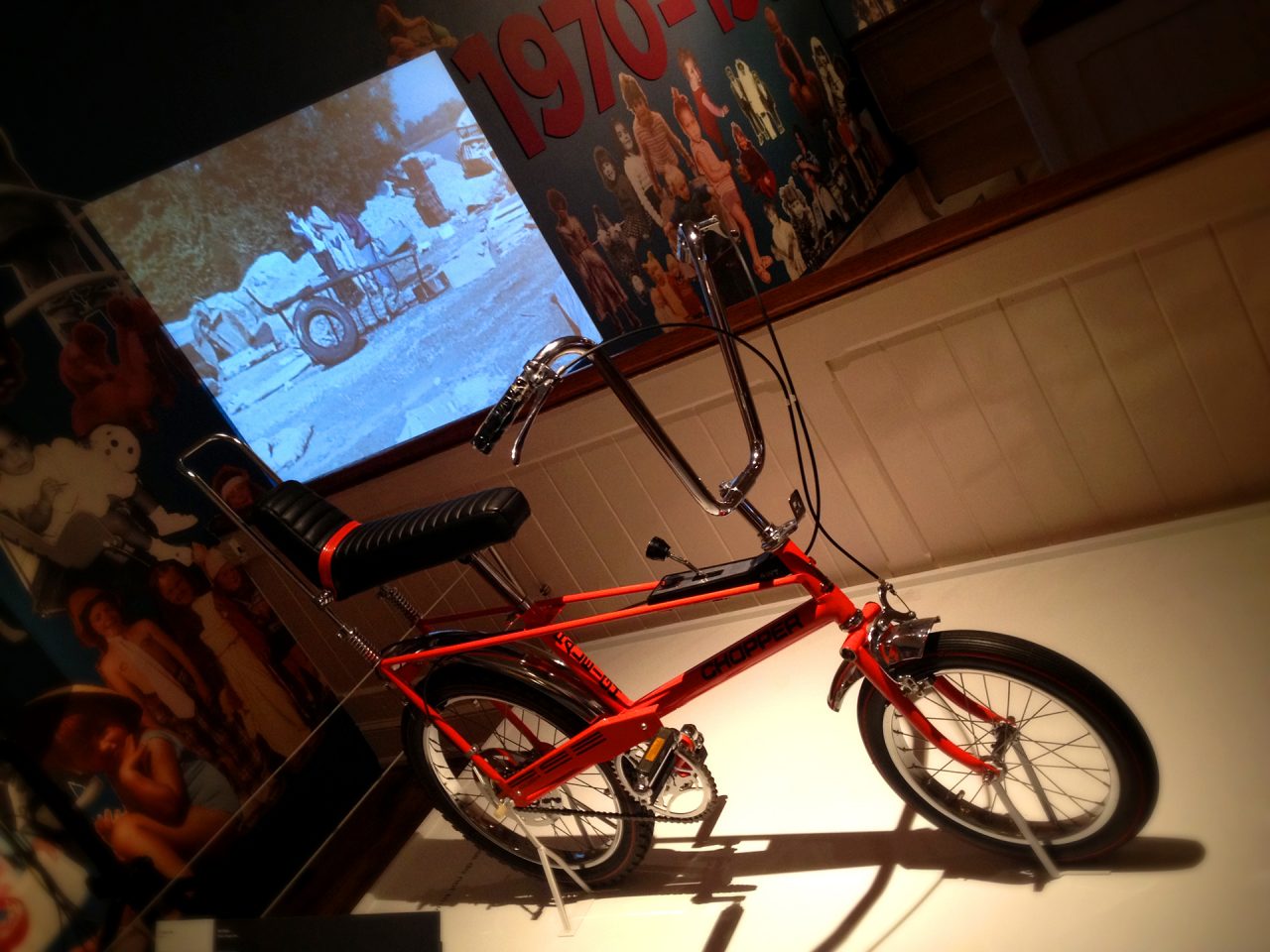 As part of the exhibition Wide Sky Design provided a range of audio visual exhibits from large-scale projections, through screen-based archive films, to audio interactives, including a number of ‘sound shades’ – oversized lamp shades under which visitors could stand, trigger and listen to music from a variety of time periods. 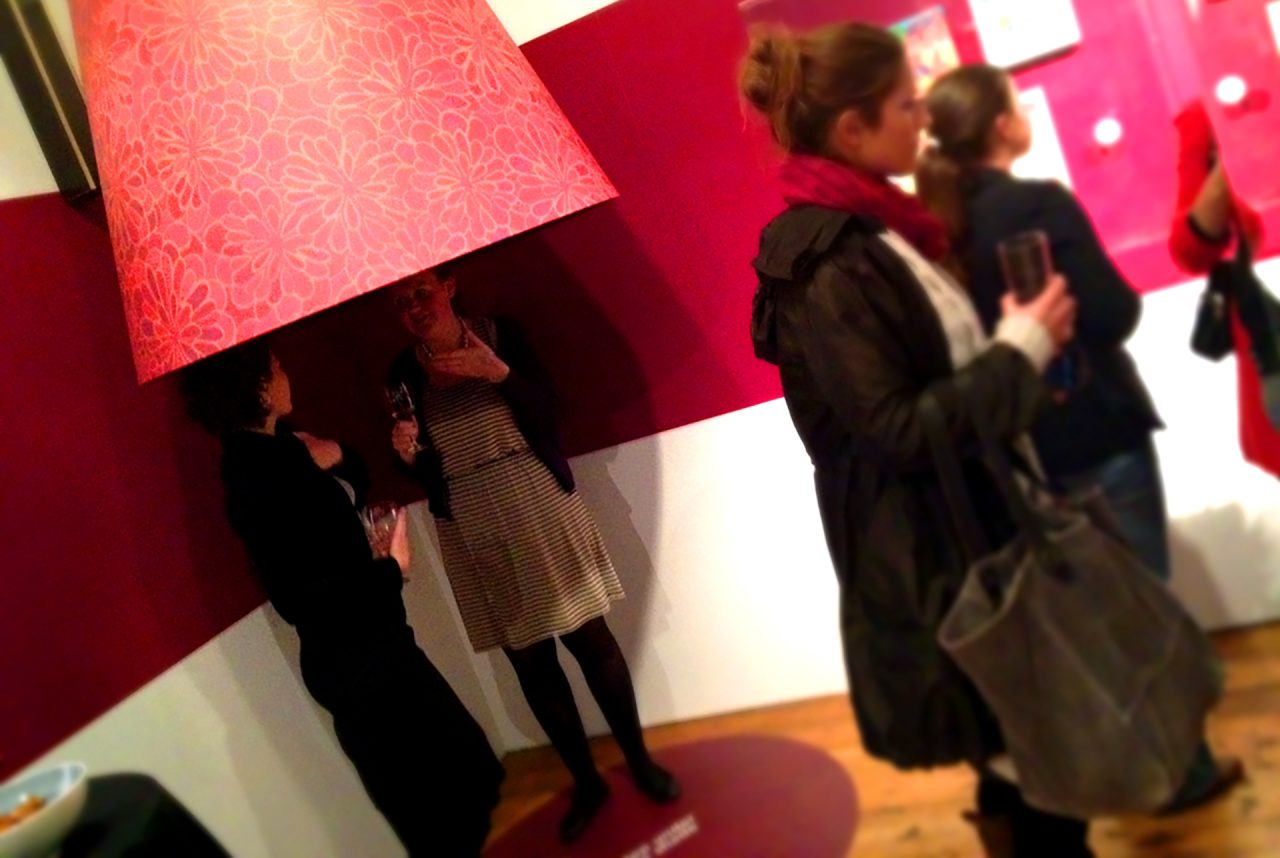 The exhibition covered three key time periods, 1948 to 1969, 1970 to 1989 and 1990 to 2012, with each period containing iconic artefacts and media. From a Raleigh Chopper alongside Blue Peter to Scalextric and the Teletubbies. The exhibition was opened by Dame Esther Rantzen DBE, journalist and television presenter, best known for presenting the hit BBC television series That's Life! for 21 years.

World War Two tore British families and the economy apart and was followed by a period of austerity, creating aspirations for a more equal society. The foundation of the Welfare State sought to overcome the ‘Giant Evils’ of ‘Want, Disease, Ignorance, Squalor and Idleness’. By the 1950s unemployment was low but increased wealth and social mobility were offset by social inequality. In 1948 the first Caribbean immigrants arrived on the Empire Windrush and immigration, from across the globe, has had a significant impact on Britain’s culture ever since. This period saw the emergence of the teenager, increasing numbers of working mothers, the rapid growth of cities and the ‘freedoms’ of the 1960s. 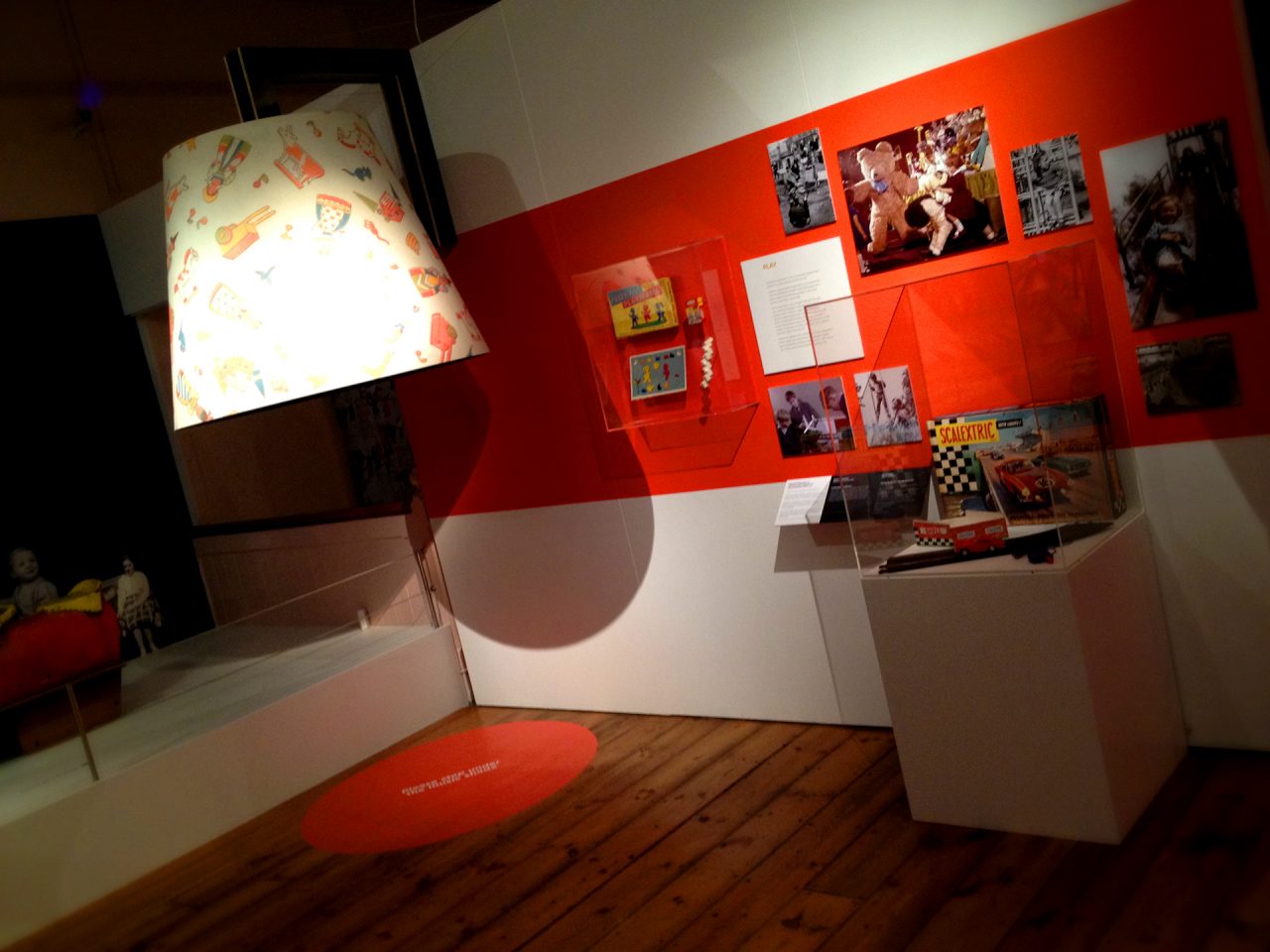 This was a period of economic, social and political turmoil in Britain, with serious consequences for children as Conservative Governments challenged the broad political agreement relating to both the Welfare State and the Government’s management of the economy. During the 1980s prosperity returned, although more so in the south than elsewhere and there was increasing concern for children’s rights and safety as well as a fear of rising youth crime.Television was a powerful cultural force. and tastes in fashion and music were fragmenting as culture became more complex.

Children’s lives have been subject to conflicting forces during the last two decades. Individualism and materialism have come to the fore and technology has had a huge impact. These trends have helped to increase national wealth. However, poverty and inequality remain, with their roots in the childhood disadvantage and underachievement, that New Labour sought to end through investment and support for families and children. Divorce and teenage pregnancy have increased significantly, suggesting fractures within society and yet most parents now spend more time with their children. As childhood becomes safer it also becomes more controlled and structured and children are now subject to a variety of pressures.

Previous Eco Station
Next Caerphilly Castle
We use cookies to ensure that we give you the best experience on our website. If you continue to use this site we will assume that you are happy with it.That's fine